I just checked and apparently I haven't posted since March 19th. My brain insists that I did a post last week but clearly it was all in my mind.

I've been working very hard in wax for several weeks and have just cast a group of designs that include exquisite blue water melon tourmaline earrings with tiny diamonds in gold, and an opal and garnet dragon fly with lace wings.

I spent today working on polishing the new pieces and after I'm finished polishing and the stones have been set I'll be taking photos. It will still be a while.

Also have been working on a stunning carnelian plume agate that Llolyd Eshbach cut, among other things.

It's been a very good creative time.

The photos are of 3 of the very beautiful jade pieces I'm working with for Brenda Clough. The green is a true imperial color, something you very rarely see. It's very special to be designing for them. 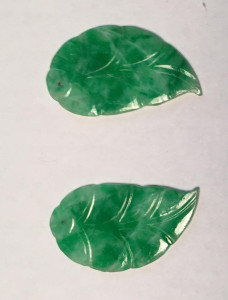 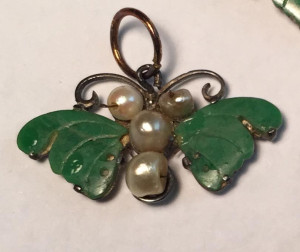 The butterfly was probably made around the turn of the century and is typical of this kind of Chinese work from the period.

I'll be designing branches and leaves, including the jade leaves of course, and a perched butterfly.
Collapse